Some e-cigarette batteries are exploding without warning and causing blindness, serious burns and permanent injuries.  A teenager in New York was blinded in one eye and may have permanent damage to his hands. An  e-cigarette he was testing at a mall kiosk in Brooklyn exploded.  In Florida, a 21 year old man almost died 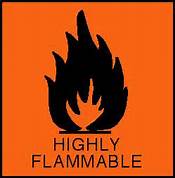 after his e-cigarette exploded in his face. This left the man with third degree burns to his entire face, serious burns to his esophagus and battery acid in his lungs. Another man from Longboat Key was hospitalized with serious burns and required skin grafts after his e-cigarette exploded in the pocket of his shorts.  These are just a few examples of the growing number of exploding e-cigarette tragedies which have prompted numerous lawsuits and calls for mandatory consumer warnings and regulation of the e-cigarette industry.

What is it that’s causing these explosions?  It’s the small rechargeable lithium ion batteries that power the devices.  These batteries contain highly flammable electrolytes that can ignite with explosive force if overheated, overcharged or misused.  Carrying e-cigarettes and/or spare batteries in your pocket with car keys or other items can also lead to battery damage and explosions.  There are also a lot of shoddy “no name brand” batteries and chargers on the market that may be more likely to explode than their more expensive brand-name counterparts.

Since there are very few laws currently applicable to e-cigarettes in the U.S., e-cigarettes are not subjected to mandatory safety testing and regulation.  Consumer advocates are hoping that this will change, but even with mandatory testing and regulation, as long as lithium ion batteries continue to be used to power the devices, there will be a risk of fire and injury.  In addition to wanting to get to get the word out about the dangers of e-cigarettes, the attorneys at Heintz & Becker have made it a priority to hold e-cigarette sellers and manufacturers responsible for the injuries and damages they have caused.  If you or a member of your family has been injured by an e-cigarette battery, dispenser, or e-liquid, call us for a no-obligation consultation and evaluation of you case.